Laurens graduated from DAE in 2009 as the best of his class.

Currently he is VFX supervisor/Head of VFX Department at GRID VFX. He has been working on many projects like Knack, for example, one of the two flagship exclusive launch titles for PS4.

He was also the VFX supervisor on ‘In Flanders Fields’ a Flemish serie about World War 1. He worked on feature films like: Code 37, the Misfortunates (de helaasheid der dingen), Noordzee Texas. The childrens movies of K3 (girl band), Mega Mindy and Plop.

He also was VFX Supervisor for and episode of Black Sails.

Check out his portfolio for more projects.

Making Of: In Flanders Fields from Grid bvba on Vimeo. 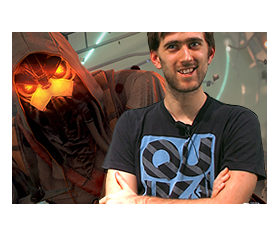