Fries Carton graduated in 2012 in the major Game Development. He did his internship at Guerilla Games Amsterdam.

Afterwards he was offered a job as gameplay programmer there. So he must have been doing a great job during his internship! He was officially playing in the major league!

He worked on the game Killzone Shadow Fall where he implemented gameplay elements but also did some coding for the graphical user interface, sounds and visual effects. He later worked on the title Horizon: Zero Dawn.

Check out his portfolio. 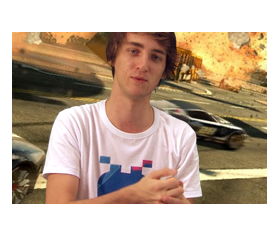