Making games is not a game but serious business. Independent Game Production takes you through the full production of a game.

During your training it introduces you to the game engine within which you bring a world to life. You learn also the ins and outs of the content creation tools that you design them with. We focus on the knowledge needed to take the lead in the development of new projects.

Supplemented with a solid portion of game design knowledge and the world of the gaming entrepreneurship, you will be provided with the necessary knowledge to make your own game to develop within a pipeline that is suitable for smaller productions.

You'll come across, among other things, in contact with the world of applied and serious gaming so that your chances of employment are not limited to the game industry. As an IGP employee you are an added value for any company that is involved with gamification, VR, AR and innovation. Motivated and enterprising students also get a chance to get into our incubation story, DAE Studios, and take their first steps there in the direction of a private studio.

Do you have a great game idea and want to bring that idea to live? Follow in the footsteps of graduate students, who managed to start their own companies, such as MoonMonster Studios, Salty Lemon Entertainment, Abthoclo, Slappy Inc, Beeswax Games or join companies as a Unity developer, game designer, ... !

Take on the challenge of participating in events like IGF or become our next winner for the best student game of the year in the Belgian Game Awards like Adam Pype earned in 2020!

PLEASE BE ADVISED: The overview below describes the curriculum as it will unfold for new first year enrollments in the current academic year. Students who were already enrolled previous academic year may have a different curriculum layout which does not contain some of the changes below. 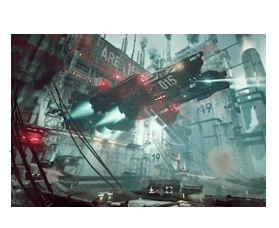