During his studies Jeroen was already recruited by his future internship company and current employer DICE.

From the very start of his studies, Jeroen was active on several community websites dealing with computer game art. He was posting a lot of work and feedback. Thanks to this, he was soon noticed by other artists working at DICE. Already during his second year he was offered a job. Nevertheless, he decided to finish his school first, then did an internship at DICE and up to now Jeroen is still residing in Sweden.

At Dice he worked as an Environment Artist where he creates game environments, models and textures for a broad range of titels: he started with Medal of Honor and moved to Bad Company 2 Vietnam, Battlefield 3 and 4.

Later Jeroen moved to the United States to work a Bungie where he created environments for Destiny 2 !

You can find some of his masterpieces on his portfolio site https://www.artstation.com/doylle. 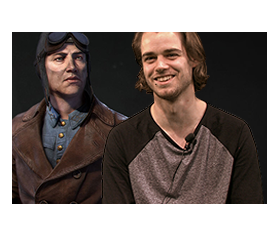