Roel Coucke: From Games to Movies

Alumnus Update: Roel Coucke has made the successful transition from games to film. After his work at Guerrilla Games Cambridge on their VR game "RIGS mechanized Combat League", he headed to London to join Double Negative. Since then he has contributed to the following movies as a Generalist Technical Director: Star Trek Beyond (2016), Assassin's Creed (2016) and is currently working on Life (2017) and Annihilation (2017).

Roel is a seasoned problem solver, taking on technical challenges in lighting and rendering of complex scenes for film. He has a lot of experience in Clarisse, Maya, Mari, Zbrush and Nuke. With a strong technical background in C++, GLSL, and Python, Roel can improve workflows and is able to oversee an efficient pipeline in cooperation with other departments.

We asked Roel a couple of questions about his recent experiences.

How was it to make the transition from games to film and to work on such big productions?
The transition is a challenge. You start from scratch as the toolset and pipeline are unique, but you can quickly contribute to workflow efficiency and challenges involved with rendering, being a former technical game developer where every pixel and polygon matter. It’s not every day you get the opportunity to work on the Enterprise from day one in a film. As a lighting TD, my responsibilities include shot setup, lighting, and problem solving to render complex shots. I was the main TD on several shots, from destroying the enterprise in space, to rendering 700 quadrillion polygon shots. No, I didn’t sleep much, but the satisfaction of closely working with a handful of talented people on a specific shot and then seeing it on the big screen is absolutely priceless.

Following that, ironically, joining the Assassin’s Creed team. I worked on procedural pointcloud layout techniques for large-scale cities, in response to pushing the hardware limitations of the renderfarm and creative requirements. It was intimidating to host a lecture on these techniques to a team at dneg that worked on films such as Interstellar. I didn’t get much sleep either.

On which project are you currently working?
I am currently working on the next film by Alex Garland (known for Ex Machina). It’s amazing to work daily with an oscar-winning vfx supervisor. When he’s happy then I’m happy. Of course my goal is to achieve one of those shiny statues too, down the line.

How is it to work in London?
I was fortunate enough to join this company following years of hard work and obtaining a master’s degree doing so. London is the vfx capital of the world, and it’s amazing to work one street away from MPC (Jungle Book), Framestore (Gravity), and of course ILM (Star Wars). Next year will bring new challenges, but I’m looking forward to it. 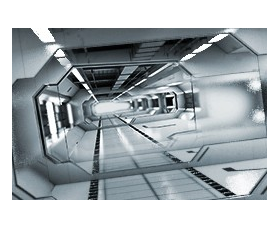